Methodism in Spruce Pine had its beginnings in 1873.  In that year, citizens in the Beaver Creek area sought a way to gather to meet their spiritual needs of worship, fellowship, and mission.  These first Methodists met in a one room schoolhouse, known as the Mount Vernon Schoolhouse. On Sunday, it became Mount Vernon Church, with both Methodists and Baptists using it at different hours as a place of worship. 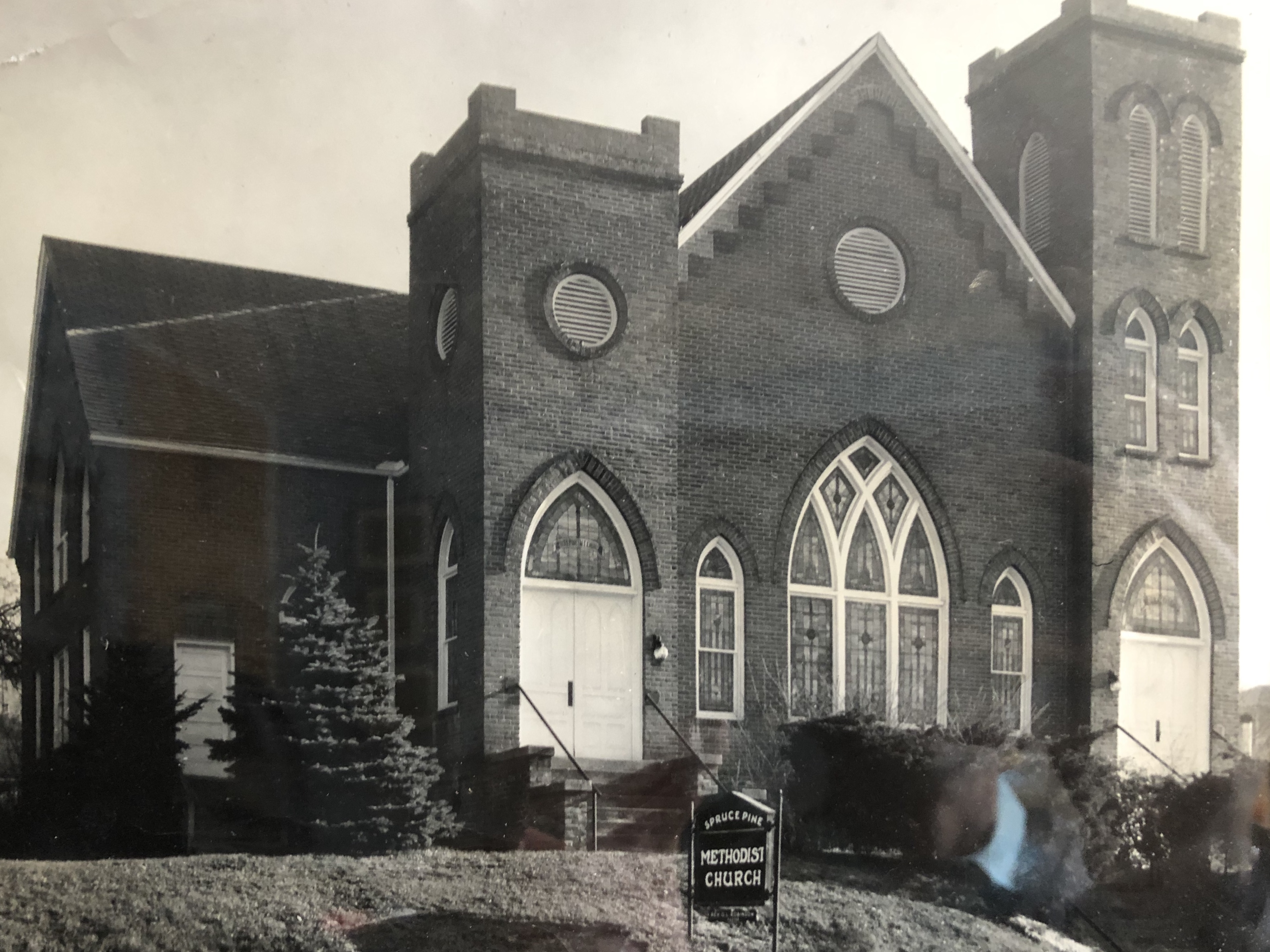 In 1898 the Methodists purchased land for their new church on what we today know as Oak Avenue.  In 1923 the congregation broke ground for a new brick church complete with stained glass windows!  This church was located where the Pizza Shop and Dry County Brewery existed (until recently).

The church expanded and thrived until a fire damaged it in 1965.  On April 17th, 1966, the formal opening service for the new church building on Burleson Hill was held.

In the 1980s, with the leadership of Rev. Mary John Dye, Spruce Pine UMC proudly became the first congregation in Mitchell County to be served by a female pastor.  Today our church is known in the community for its warm spirit, its openness to the community, and for its efforts to help those in need. It has also become a spiritual home for many people who are new to the area.

Above tells the story of our church buildings and its leadership; but the real history of SPUMC is a hidden one. It resides in the hearts and lives of the people touched by the love of Christ through the congregation and its ministers.  It is a story of love and laughter and learning, of visits and meals, of baptisms and marriages and births and funerals, of reverence and prayer, of fights and forgiveness, of accidents and healing, of new life and servanthood.  It is the story of a people trying to be faithful to the God who has been so faithful to them. That legacy that continues today.